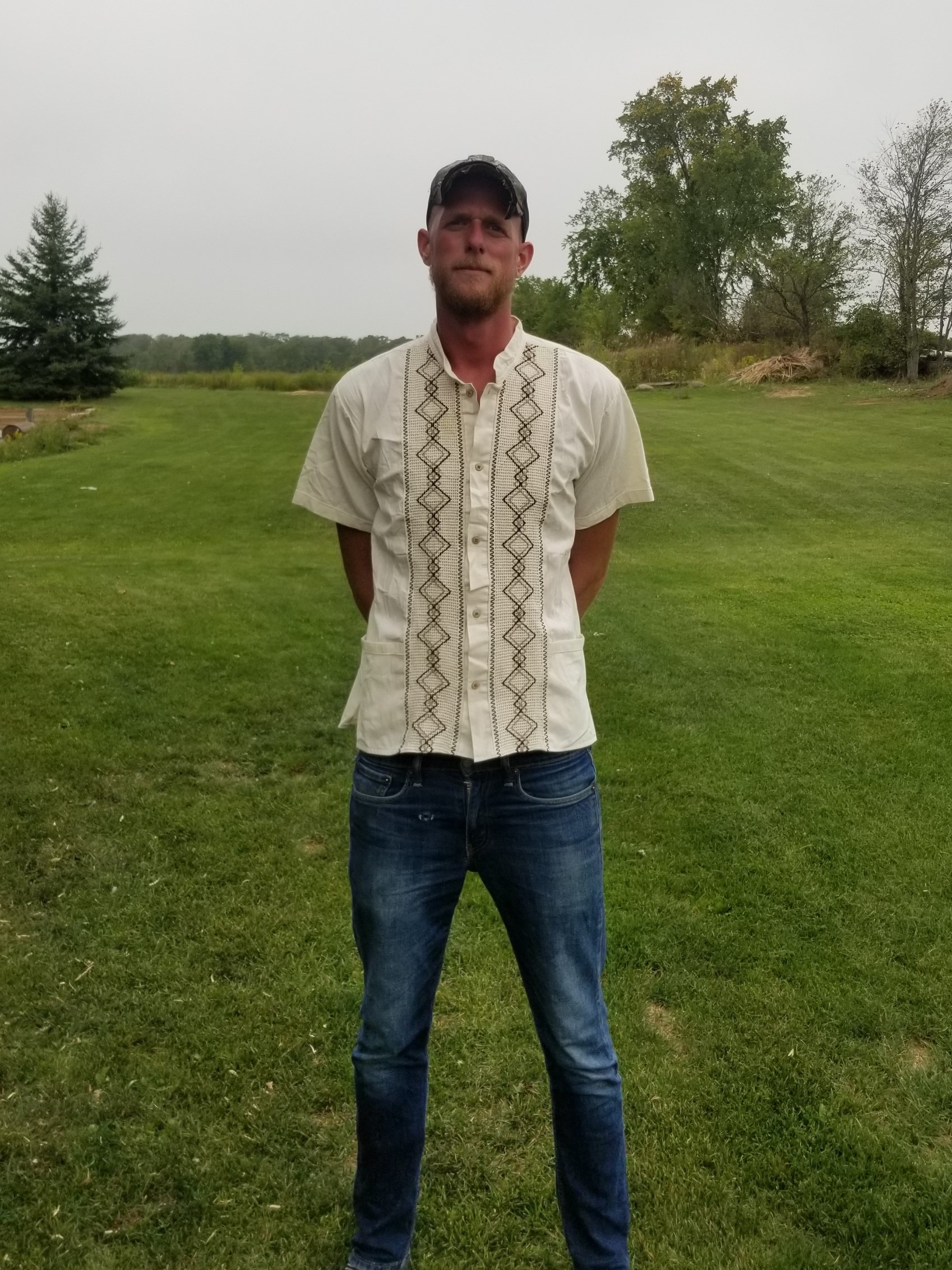 Serving at Pan de Vida.
I am the third oldest of seven children. God placed me in a Christian home where I was able to grow up listening to his word everyday. I was able to attend church twice every Sunday and had the opportunity to attend a Christian elementary and high school. I always dreamed about being a Lawyer but when I found out how many years it would take, I decided to become a Teacher instead.
When I turned 16 years old I started to work at a tree nursery and I had the opportunity to work with migrant workers from Mexico. After working there for two summers I started to pick up Spanish. I was intrigued by the language and culture after starting to learn some basics. After finishing high school I did not have a clear vision of my future and I ended up going to college to be an Environmental Technician and I was able to take a Spanish course in the meantime. I soon began to work alongside migrant workers from Mexico at a large greenhouse year-round. Because of my Spanish course I began to feel more confident with conversing with the others. After I graduated I continued to work full time at the green house as I looked for another job or searched for other opportunities. During this time I took a trip to Mexico to teach English at a university for a month.

I then decided to pursue a degree in Spanish and eventually become a teacher. I continued working in the greenhouse during my studies and every reading break I would go visit my friends in Mexico that I met through working at the greenhouse. I was able to meet many different people and go to many new places in Mexico and I began to feel a calling to live in a Spanish speaking country and teach English. A door was opened for me as I began to attend a Spanish church and invite my co-workers along. Many encouraging conversations came out of this.

One year I had the opportunity to join a missions team on a trip to Pan de Vida. Although I was the only male member in the group, I didn’t care. I was eager to serve at the orphanage. I met many people and build some solid friendships.

Later that year, I was invited to a friend’s wedding in Mexico. Since I had just graduated with my Degree in Spanish and a minor in German, I thought it would be a great time to drive down to Mexico for the wedding and to visit many other friends. I also was able to travel through Guatemala to visit other friends during this time. I spent a total of two weeks at Pan de Vida during my trip and it began to feel like home for me. This is when I knew it was God’s plan for to return to Pan de Vida for a longer period of time.

When I returned to Canada I started to work at a smaller greenhouse and I became a supervisor. I was able to communicate in Spanish with the migrant workers as we completed daily tasks. Although I saw a future at the greenhouse and I enjoyed the work, God had different plans for me. After the ownership of the greenhouse was changed, I was let go and needed to find another job. I felt like God was calling me to go back to Pan de Vida. I emailed back and forth with them about volunteering for a full year.

In that year I was able to help out with a variety of tasks, such as taking care of a group of boys, teach English classes, help with the garden and feeding the animals, cooking and the list goes on! But most importantly, I learned more about myself and my skills and gifts and spent more time seeking and listening to what God has planned for me.

I know that God brought me to Pan de Vida with the purpose to serve but through everything I was doing there, I was able to learn so much and develop a deeper and more personal relationship with my Father in heaven. I pray that I can share the same love of Christ that he has shown me with the staff and children that are at Pan de Vida as I continue to serve there for another year.

Thank you for all your prayers and support!