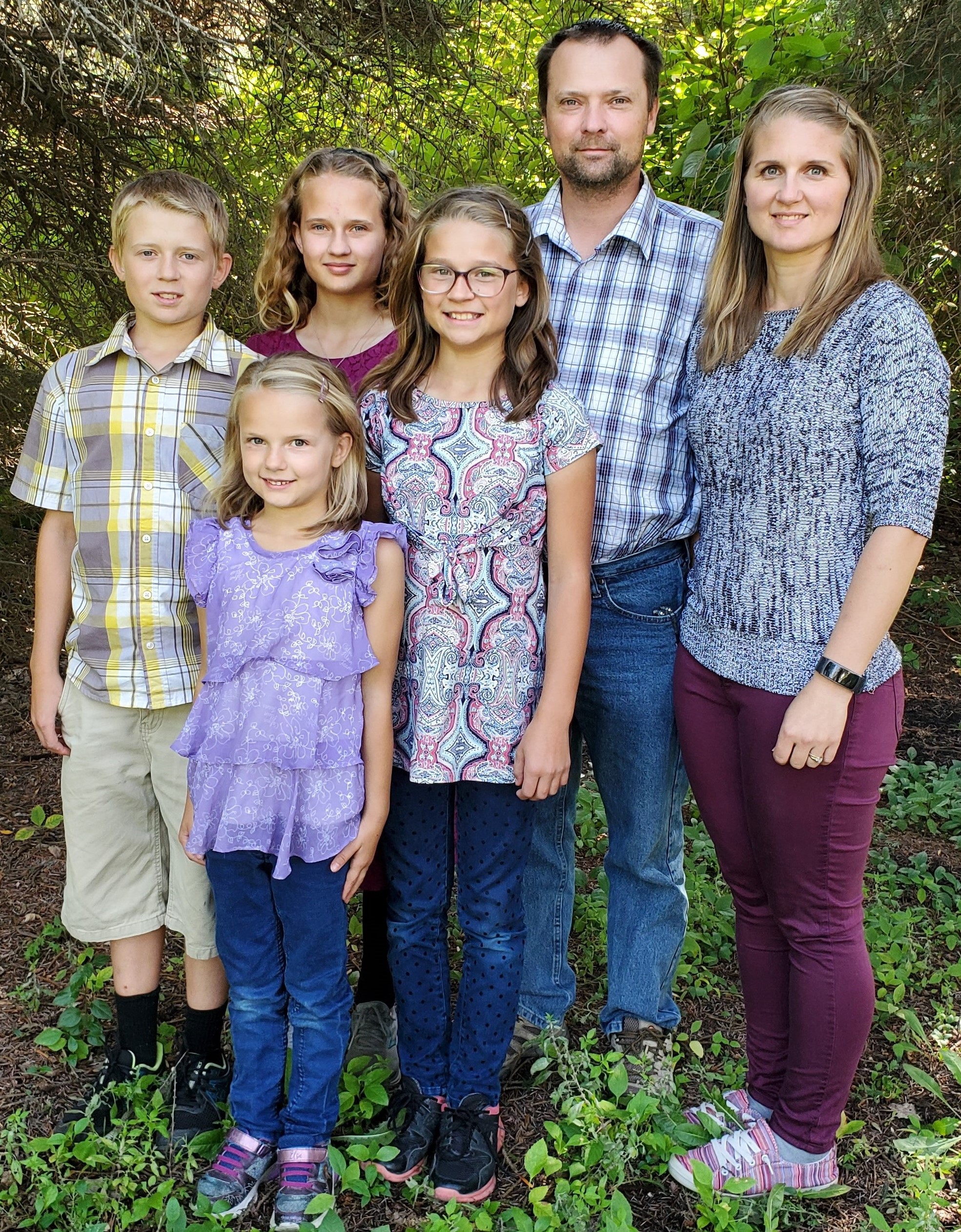 We were both raised in Christian Mennonite homes, and met in 2005 through mutual friends. We were married later in 2005, and now have 4 children, Jeslyn, Branson, Ryelle and Avy.
In February 2017 the two of us went on a mission trip to Ancla de Amor with the Reinland Sommerfeld church group. We had the desire to return someday with our children, but were preparing to move to Belize for an undetermined time. After living in Belize for 2 years we returned home to Manitoba in January 2019 and in fall of that year, we were asked if we’d consider returning to Ancla for a few weeks to help Brian Krahn with an electrical project, as Dave is a journeyman electrician. In November we drove down to Mexico as a family for a 3 week stay and really enjoyed our time, but it felt like we had just scratched the surface of the work that needed to be done. Over the next year, Dave spent many hours on the phone helping Brian with electrical projects. It was obvious there was a need at Ancla , and we both began to feel led to return to Ancla for a longer period of time….at first the plan was for a few months, then for the winter, and eventually we both came to the conclusion God wanted us to leave Manitoba with no material ties and serve for an indefinite time. Our children were on board for this plan and so for the next 6 months we fundraised and prepared for the move, all the while praying for God to open the doors for travel amid restrictions. In October 2021 we were finally ready and started driving toward Mexico. God opened all the doors and allowed us a miraculous border crossing and safe journey.

Thank you for all your prayers and support!